A Brief History of the Newark Police Department 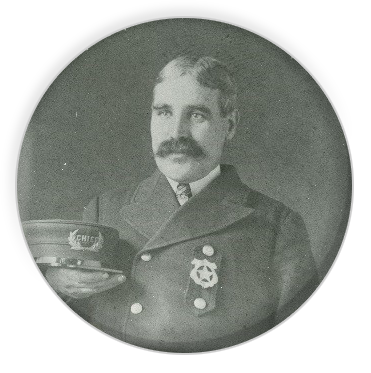 artment traces its origins to June 15, 1867, with the appointment of Jesse Russell as Town Bailiff. During the Town Commissioners' meeting it was noted, "numerous complaints had been made by citizens respecting various disorder and misdemeanors." The Town of Newark had a population of between 800-900 people, with a size of less than one-half square mile and approximately 200 houses.

In payment for his duties as bailiff, Jesse Russell was given one-half of the total fines collected for ordinance violations. This arrangement was changed in 1875 when the bailiff's salary was set at $30 per year. Extra police officers were occasionally hired to supplement the one full-time bailiff during busy periods, such as Halloween and the Fourth of July at a rate of $1 to $2 per day. During the 1800s the bailiff also served as the tax collector and street supervisor, for which he was paid $1.50 per day.

In 1873, a "frame lockup" (jail) was built to house prisoners arrested by the bailiff. The jail was moved in 1880 to the basement of the building that is now Klondike Kate's Restaurant, located at the corner of Main and Choate Streets. The Town paid $20 per year rent for the jail. The building was then known as Center Hall, as it was located in the center of town, and was commonly used for events such as town meetings. The two original doors from the cells were donated to the department and are now housed in the History Room. 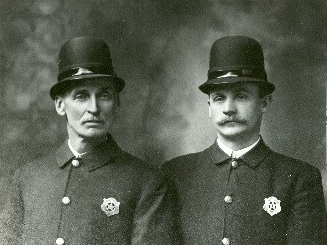 In 1888, the Constable (as the position was then known) was given permission to purchase an "officer's outfit" for $11.23, and his annual salary was increased to $100.00. The Town's Administrative Offices, Police Department, and Fire Department moved to a new "Town Building" on Academy Street in 1891. This building remains in use today by the Aetna Hose, Hook, and Ladder Company.

On August 29, 1894, a group of 50 men gathered to form the Newark Protective Association. The purpose of the group was to "devise some means of protecting ourselves from the horse thieves and other miscreants who are operation in the surrounding country." The Association hired a night watchman, who was given police powers by the Town and was allowed to use the jail. By 1897, the night watchman was employed and controlled by the Town.

By 1900, the population of Newark had grown to 1,213 and John Chalmers served as both the night watchman and town bailiff. The following rules were developed to define the duties of the Town's police: 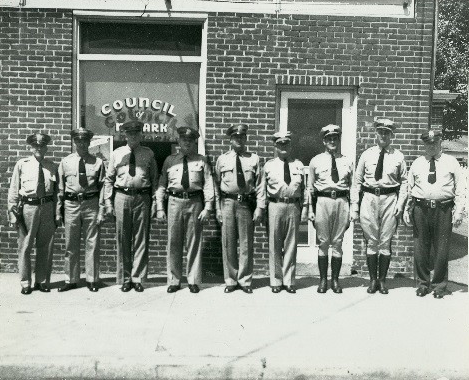 In 1970, the department moved to a renovated church located at 294 East Main Street. The department had a sworn force of 35 officers at the time, with an additional two cadets, two special officers, and six civilian support staff. In 1993, the Newark Police Department moved to its current state-of-the-art facility located in the Newark Municipal Center at 220 South Main Street Newark, Delaware. In 1997 the Newark Police Department became recognized as an “Internationally Accredited Law Enforcement Agency.”

With the City of Newark's population now over 31,000 people and an authorized police force of 72 sworn officers and 25 civilians, both the City of Newark and the Newark Police Department have grown tremendously since 1867 when Jesse Russell was first hired.
As you can see at the top of the page our current uniform patch blends the proud traditions of our origins in 1867, with the “Diamond Patch,” which signified our location being in the “Diamond State” and the “Eagle Patch” of the 1970’s. Unfortunately, due to security concerns we no longer participate with exchanging uniform patches, as it is a very visible symbol of authority and may be put to misuse.