Auxiliary Services is under the command of Captain Michael Van Campen and consists of the Communications Center and Records Department, which is managed by Brian Cannon. There is a total of 13 full-time civilians, two part-time civilians, and one officer assigned to Auxiliary Services. Captain Van Campen is also responsible for information technology projects, grants, and he is the Team Commander for the SWAT Team. 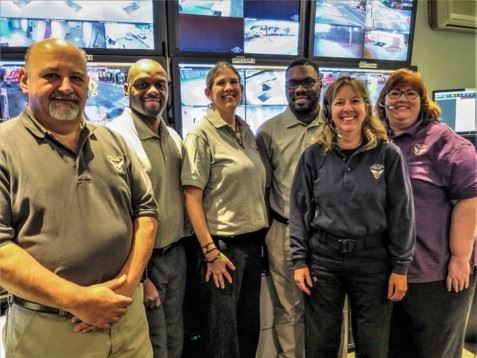 The 911 communications center is the public safety answering point for the incorporated city limits of Newark, Delaware. The center answers emergency and non-emergency calls for service 24 hours a day, 7 days a week, as well as, calls for city utility emergencies after regular business hours. Police emergencies are dispatched to officers on-duty and requests for medical and fire services are connected to the New Castle County Fireboard by the dispatcher. The dispatcher remains on the line to determine if police services are also needed. Communications officers are often handling multiple tasks simultaneously. Dispatchers also monitor the city camera system as well as maintaining active warrants to include filing, entering, updating and clearing them in the criminal justice system. The dispatch center is staffed by (12) communications officers and a center manager, who also oversees the records department. Three dispatchers are assigned to each shift with a minimal staffing level of (2) dispatchers on all shifts. In 2017 dispatchers processed over 70,000 phone calls and 50,000 calls for service. The communications center is also responsible for the maintenance and operation of the department’s mobile command post. This unit is used primarily for special events held within the city and may also be used in the event of a prolonged incident. During these events, the mobile command post is operated and staffed by a dispatcher. The mobile command unit has full dispatch capability including CAD (Computer Aided Dispatch), two-way radio, internet, and phones.

The records department is staffed by (2) part-time Records Clerks and managed by the Police Communications and Records Manager. The records office is staffed Monday – Friday during regular business hours. The records department is the first point of contact for walk-in matters to the police department and maintains the police information window. The staff are also responsible for maintaining police reports and supporting documents, processing requests for copies of reports, data entry, and providing discovery for court cases.

The Newark Police Special Weapons and Tactics Team consist of officers who are highly trained and equipped to work as a coordinated team to resolve critical incidents that are hazardous, complex, or unusual and may exceed the capabilities of first responders or investigative units. The Newark Police Department’s S.W.A.T. team is currently comprised of (13) members including a Team Commander and Team Leaders. S.W.A.T. also has two members trained as an advanced Sniper/Observer Team. Additionally, during 2017 Newark Police Department enjoyed a strong and committed partnership with the Middletown Police Department to create a Regional S.W.A.T team. 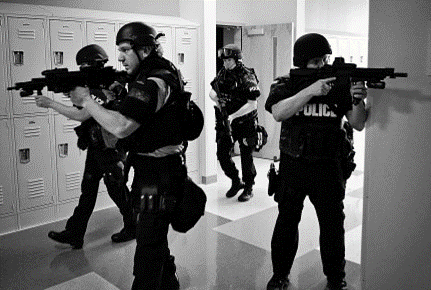 The team trains bi-weekly to remain abreast with  tactics and ensure operational readiness. During 2017, members of the S.W.A.T. team received and participated in enhanced and specialized training from the National Tactical Officers Association and advanced training with our partners from the Chester County Regional Team.In 2017, members of Newark Police Department’s S.W.A.T were activated and initiated for numerous high risk warrant services and arrests. S.W.A.T was initiated to support investigative units such as the Criminal Investigations Division and/or the US Drug Enforcement Administration. Pursuant to the initiation of court ordered search and seizure warrants and/or arrest complaints/ warrants, (3) firearms were seized, (2) vehicles were seized, 7015.5 grams of cocaine were seized, 193 grams of marijuana were seized and 147 bags of heroin were seized. Suspects/Defendants for serious crimes including Attempted Homicide, Aggravated Assault, Weapons and Drug Offenses were arrested during S.W.A.T. missions/operations.